Nepal is landlocked country in south asia and world ́s youngest republic. It is bordered to the north by the People’s Republic of China, and to the south, east,and west by the Republic of India. With an area of 147,181 square kilometres and a population of approximately 30 million, Nepal is the world’s 93rd largest country by land mass and the 41st most populous country.

Kathmandu is the nation’s capital and the country’s largest metropolitan city. Nepal is a country of highly diverse and rich geography, culture, and religions. The mountainous north has eight of theworld’s ten highest mountains, including the highest, Mount Everest. The fertile and humid south is heavily urbanized. By some measures, Hinduism is practiced by a greater majority of people in Nepal than in any other nation. Buddhism, though a minority faith in the country, is linked historically with Nepal as the birthplace of Siddhartha Gautama, who as the Buddha Gautama gave birth to the Buddhist tradition.

In terms of economic activities, Nepal has still a larger population that make a livelihood through agricultural practices. But, fast pace of urbanization, greater mobility, rise in educational status of people, to name just a few, lead to the decline in dependence on agricultural economy. Though Nepal started to experience the path to modernity from the 50s, the ever-slowed process of industrialization on the one hand and growing human resources on the other hand cannot correspond with the existing unemployment situation of the country. 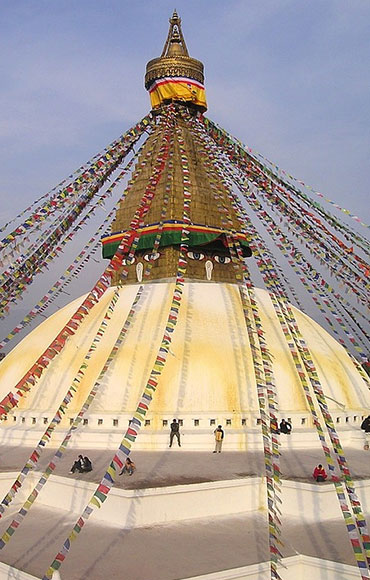